Little M, after almost being home for over a year, had finally gotten to the point where she was actually wary of strangers. It was about twelve to fifteen months after little M came home that she grew to prefer being with us, her parents, over acquaintances.  Then, after she had been home for about eighteen months, she got choosy.

I have to admit, I had mixed feelings over this newfound choosiness. 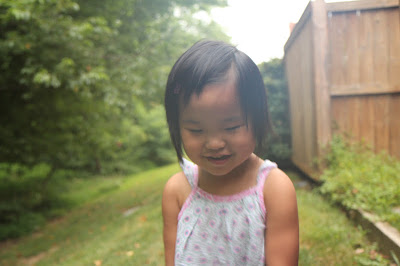 I felt relieved…finally appropriate attachment behavior!
But I also felt a little uncomfortable. Because now I had to explain this to a lot of people, and it was more work, and people’s feeling were hurt.
In a way, it was easier when she just wanted to hug everyone. Maybe slightly inappropriate, but easier.
It was hard when she hugged everyone she met, but it wasn’t unexpected. We knew that it was pretty normal for a child little M’s age to be indiscriminately affectionate, but we didn’t know it would last so long!

Little M now goes on hugging strikes. She will hug mommy and daddy, a handful of close friends, and grandma and grandpa…and sometimes she will deign to hug some others if she has warmed up to them enough, but usually only girls, still being slightly wary of men. 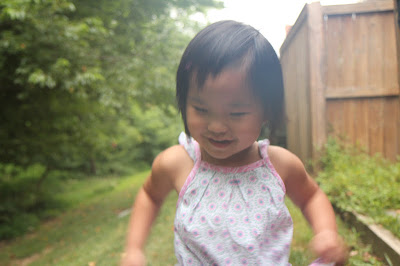 And we decided a long time ago that we would not make her. We decided that although we might like her to hug people (but not all people) hello and goodbye, we won’t make her. As much as it would be easier to push it a bit, the fact is that her body is hers and not mine, and so I have chosen not to override her current choice to back off from touching those she chooses not to touch. 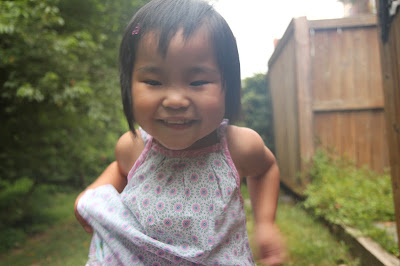 Something I feel strongly about is teaching my daughter that she doesn’t have to offer physical affection to please others…and that it is not her job to use her body to make others happy.
Sometimes I will tell her that I would like her to hug a certain person, but that she does not have to, and it is her choice. And sometimes she will choose to, but often she will choose not to.
Because we don’t make her hug.

Please don’t think we don’t teach her manners…little M has to be polite. She has to say hello or goodbye, and she can give a wave, or a fist bump. She has recently started giving handshakes and will sometimes give a high five. We teach her to say please and thank you, and to answer someone when they speak to her. And I could go on and on about teaching kids that when it comes to their body, it’s ok to say no to touching (of any kind), but I won’t, because right now it’s more that little M is just exerting a little control over her body and decisions. 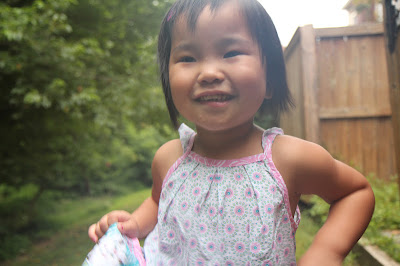 Maybe this reticence is just a phase…maybe soon we will be back to telling her to please not hug everyone (but I sure hope not). For now, our girl is choosing not to hug.
And we don’t make her. 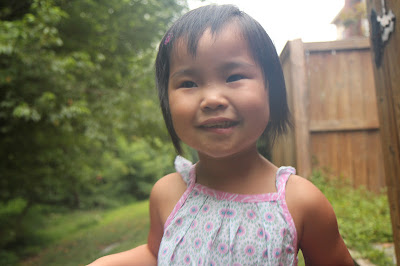