Skip to content
In our family, little M is obviously a different race than us. She is obviously adopted.
But in some adoptive families, it is difficult to tell…the children might be the same “color” as the parents. Our family draws attention because we are different, but truly, not being different wouldn’t be the same, because we love the family we are with little M. 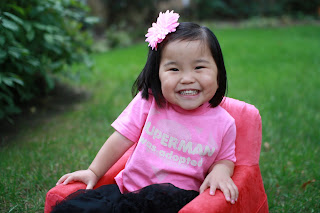 Superman was adopted…
There are many famous people who were adopted. Maybe their families felt different, maybe they didn’t. But I bet you would be surprised who was adopted.
Did you know that both Faith Hill and Tim Mcgraw were adopted? Me neither.
Most people know that Dave Thomas was adopted, because of all the work he has done to promote adoption, but did you know that Eleanor Roosevelt, and Nancy Reagan were also adopted? What about presidents Gerald Ford and Bill Clinton? And let’s don’t forget Sarah Mclachlan, Melissa Gilbert, and Scott Hamilton. Most are aware also, that Steve Jobs was adopted. The list is much longer than I have listed here, but people who were adopted have done some pretty great things, and I am happy that little M will have so many wonderful role models. 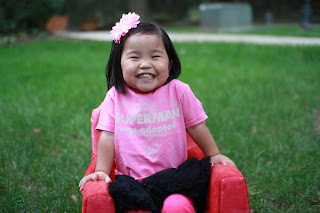 Angelina Jolie gets a lot of press, mostly, in my opinion, because her children look different than herself. Instead of being praised, she is often criticized and called a child collector, but really, who among those who criticize her are willing to adopt an older child? And yes, she waited for her children, too. There are many who have more children. She has adopted three children…did you know that George Lucas (creator of Star Wars) also adopted three children? Diane Keaton adopted two children, and so did actress Jamie Lee Curtis…Hugh Jackman also adopted two children, and worked with our adoption agency! 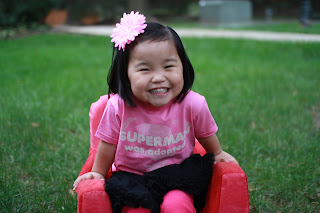 Different definitely draws attention. But in my book, bringing children into a family…is a good way to be different!
Posted in Adopting